A NGO of Morocco and the German Water Foundation together with the fog by the mesh on the shores of the Bustemjiga hill on the edge of the Sahara Desert created water from fog.

it refers to the collection of water from fog using large pieces of vertical canvas to make the fog-droplets flow down towards a trough below the canvas, known as a fog fence.

Through a process known as condensation, atmospheric water vapour from the air naturally condenses on cold surfaces into droplets of liquid water known as dew. The phenomenon is most observable on thin, flat, exposed objects including plant leaves and blades of grass. As the exposed surface cools by radiating its heat to the sky, atmospheric moisture condenses at a rate greater than that of which it can evaporate, resulting in the formation of water droplets.

The organized collection of dew or condensation through natural or assisted processes is an ancient practice, from the small-scale drinking of pools of condensation collected in plant stems (still practised today by survivalists), to large-scale natural irrigation without rain falling, such as in the Atacama and Namib desert. Several man-made devices such as antique stone piles in Ukraine, medieval “dew ponds” in southern England or volcanic stone covers on the fields of Lanzarote have all been thought to be possible dew-catching devices.

In the mid-1980s, the Meteorological Service of Canada (MSC) began constructing and deploying large fog collecting devices on Mount Sutton in Quebec. These simple tools consisted of a large piece of canvas (generally 12 m long and 4 m high) stretched between two 6 m wooden poles held up by guide wires, with a long trough underneath. Water would condense out of the fog onto the canvas, coalesce into droplets, and then slide down to drip off of the bottom of the canvas and into the collecting trough below.

In March 2015 Dar Si Hmad (DSH), a Moroccan NGO, built the world’s largest fog-collection and distribution system in the Anti-Atlas Mountains.[1] The region DSH worked in is water-poor, but abundant fog drapes the area 6 months out of the year.[2] DSH’s system also included technology that allowed reporting and monitoring of the water system via SMS message. These capabilities were crucial in dealing with the effects Fog Collection had on the social fabric of these rural areas.[3] According to MIT researchers, the Fog Collection methods implemented by DSH have “improved the fog-collecting efficiency by about five hundred per cent.”[4]

Despite the apparent failure of the fog collection project in Chungungo, the method has already caught on in various localities around the world.[4][5][6]Nowadays the International Organization for Dew Utilization organization is working on foil-based effective condensers for regions where rain or fog cannot cover water needs throughout the year. Shortly after the initial success of the project, researchers from the various participating organizations formed the nonprofit organization FogQuest, which has set up operational facilities in Yemen and central Chile, while still others are under evaluation in Guatemala, Haiti, and Nepal, this time with much more emphasis on the continuing involvement of the communities in the hopes that the projects will last well into the future. Villages in a total of 25 countries worldwide now operate fog collection facilities. There is also still potential for the systems to be used to establish dense vegetation on previously arid grounds. Overall, it appears that the inexpensive collectors will continue to flourish. 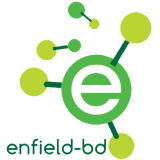